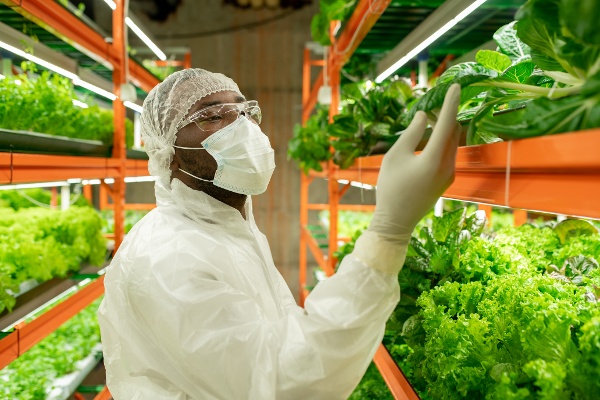 Did you know that Vancouver ranks among the top 25 cleantech ecosystems in the world? Sitting at #16 in Startup Genome’s Cleantech Ecosystem Rankings, Vancouver ranks high in all categories including performance, funding, startup experience, knowledge, and talent. And that’s just companies in Vancouver.

Reminder: B.C. boasts one of the fastest growing technology ecosystems in North America.

In January, BC Business reported that seven B.C. companies were named on the Global Cleantech 100 list. B.C. companies account for more than half of the 13 Canadian names in this year’s roundup.

Around 1 billion people take part in Earth Day activities around the world every year – but today we want to take a moment to highlight a few companies who celebrate earth day, every day.

Check out these three B.C.-based cleantech companies tackling climate change day in and day out.

Open Ocean Robotics created the first solar powered uncrewed surface vehicle for seafloor mapping and is revolutionizing the way hydrographic data is collected in coastal areas and lakes. They’re demonstrating the feasibility of using a zero-emission autonomous vessel for work that is typically done using a crewed boat, which has the advantages of no greenhouse gas emissions, increased safety for crew, reduced cost, and faster results.

In January, Open Ocean Robotics completed a $4 million round of seed financing to advance its marine robotics and ocean data analytics platform. Previously, they’ve been awarded funding through our BC Fast program to demonstrate their technology, and they also took home the $22,000 BC Resource Industry prize package at the 2019 New Ventures BC awards presented by Innovate BC.

The Kootenay’s Advanced Biocarbon 3D is developing a new sustainable 3D-printing filament that is carbon negative, non-toxic and biodegradable, with engineer grade quality. Basically, they’re developing plastics that are made of sustainable and unused wood and left for waste in forestry.

Their plastics are strong, non-flammable, moisture, and chemical resistant, break down in nature like a piece of wood and do not come from valuable agricultural land.

This plant intelligence company is making a safer generation of plant-based pesticides derived from Neem and Karanja oils. Their breakthrough technology, known as the Molecular Delivery System, significantly amplifies their effectiveness, which will enable these environmentally friendly pesticides to outperform their synthetic chemical counterparts, creating a significant environmental impact in B.C.

Terramera recently launched six state-of-the-art plant growth chambers - each offering precise control over temperature, humidity, and light to simulate every possible field condition, including increasingly extreme conditions caused by climate change. They were also named one of 46 climate-tech startups that are set to soar in 2021.

And in 2020 they were also awarded $300,000 through the Ignite program for their collaboration with Simon Fraser University on their agritech and cleantech innovations.

Want to learn more about what funding opportunities and resources are available to B.C.-based companies? Become an Innovate BC insider.