← BACK TO LEADERSHIP TEAM 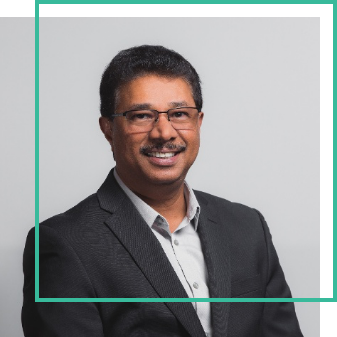 A serial entrepreneur who has extensive experience starting, growing and selling numerous businesses, Gopal joined Innovate BC from Accelerate Okanagan (AO), where he was Chief Executive Officer. At AO, Gopal was instrumental in the creation and management of successful programs for technology companies at all stages of growth, and he has been a driving force in the development of the Okanagan’s tech sector into a $1.6 billion economic contributor.

A graduate of New Zealand’s Central Institute of Technology in information technology, Raghwa has also received diplomas in computer science from Australia’s Collier MacMillan School and the University of the South Pacific.

In addition to his corporate experience, Gopal has lectured in the Faculty of Management (Business) at UBC Okanagan and the School of Arts and Sciences (Computer Science); has been an Entrepreneur-in-Residence at Okanagan College School of Business; and serves on the boards of multiple organizations including the University of British Columbia, India Canada Innovation Council, Women’s Enterprise Centre, Central Okanagan Economic Development, and the Province of B.C.’s Emerging Economy Task Force.